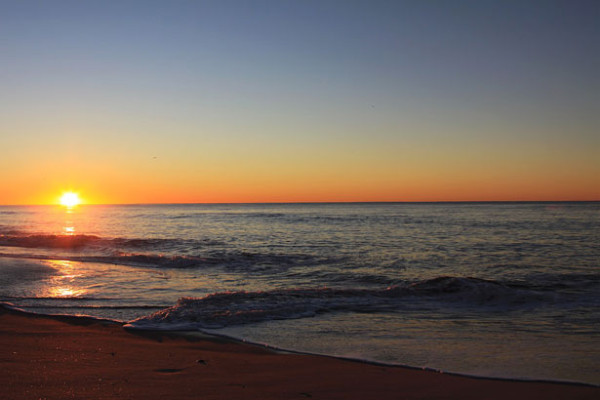 http://www.publicdomainpictures.net/view-image.php?image=9724&picture=sunrise
Also inspired by Rachel’s beautiful drawing, which I have long planned to illustrate

Summary: Arwen is reunited with Aragorn.

Author's Notes: Ficlet. A sequel to “The Distant Shore.”

Arwen finally understood the the purpose of the Gift of Men. She knew now that it was how Men were at last released from the pains and sorrows of Arda. Whence they departed to, though, she could not guess. Was there truly anything to look forward to, or was death nothing but an eternal sleep from which there was no awakening?

Since Estel had departed, where before had been bright colours, she saw now only greyness. Their souls had been so closely entwined that now she felt but a shadow of her former self. She had become a living ghost, a mere empty shell. She had wanted to live for her children, but had seen that her suffering caused them even more pain than their father’s death had.

Therefore, she had ignored their protests and come here to Lothlórien, telling them that she desired to grieve alone and maybe find at last the healing desired.

Winter had come and the land was deserted. Arwen had not found the peace she craved. Every path she took was filled with memories; memories of her mother and grandmother, and above all memories of Estel.

She had come today to Cerin Amroth. Until today, she had shunned the place where she once had known such joy. The hill was filled with memories of springtime walks holding Estel’s hand and of their troth plighting. How much pain that choice had cost her, but also how much joy! Could any wife have been happier, or any children fairer than those she had given birth to? There was no joy left now, though. She ardently desired to receive the Gift of Men, but had no idea how it could be given to her. She was so weary and could not recall when she had last slept or eaten. She clutched at Aragorn’s worn grey cloak, which she had brought with her and carried everywhere she went. Climbing the hill had taken the last reserves of her strength. Arwen placed the cloak upon the ground and lay down upon it. She closed her weary eyes.

Arwen started at the sound of the beloved familiar voice. “Estel, my beloved!” she cried. She opened her eyes. Much to her  joy and amazement, she beheld him kneeling beside her, not as the frail old man she was mourning, but as she had beheld him here long ago, fair as any Elf –lord, clad all in silver and white with the Elendilmir glittering upon his brow. He gently stroked her hair, as had been his custom whenever she was frightened or distressed.

Aragorn held out his hand to her and said, “Will you come with me, my beloved?”

“Lead me, and I will follow you, my love,” said Arwen. She took his outstretched hand and immediately felt as if she were spinning through a long tunnel. She closed her eyes but she was not afraid, for was she not with Estel?

The spinning sensation stopped and Arwen heard the cry of the gulls all around her. She found she was standing on a beach. It was night, but the pink tinged sky on the eastern horizon suggested that dawn would soon break. Arwen felt curiously weightless and when she looked down at her body, she found she was no longer wearing her travel worn garments, but instead, her wedding gown and the mantel of silver and blue she had worn on the day when she had first met her beloved.

Aragorn was beside her. Arwen fell into his arms. She had embraced him so many times before, and yet this felt unlike any other embrace she had ever experienced. It were as if their very essences were mingled into one and she was bathed in his love. This was a greater love than she had ever known before, untouched by any kind of need, a love of the purest and highest variety.

“Where are we?” she asked when their lips finally parted. "I was so afraid I would never see you again."

“Beyond the circles of the world,” said Aragorn. He smiled. “Did I not tell you that there was more than memory there? A boat will come soon to carry us beyond the horizon. Many are waiting there to greet you. ”

Arwen looked out towards the horizon. The sun was rising and the sky glowed in brilliant shades of yellow and orange. The water gleamed as made of molten gold.

Joy such as she had never before known welled up within Arwen. The sun was rising on what would be her eternal day. 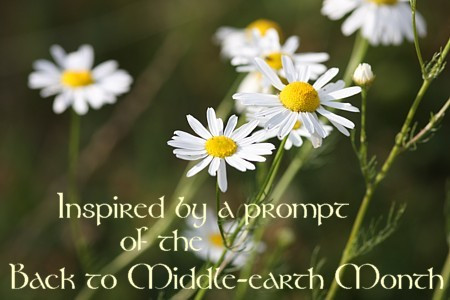