I know some of you here are "Supernatural" fans so thought I'd post about how much I'm enjoying Season 13. It is great to see plenty of brotherly interaction and some great MOW episodes. I really like Jack too and the nature/nurture debate surrounding him.

Favourite moments were Jack's attempts to understand the world in the first episode, the meeting with the grief counsellor and Dean's encounter with Billie.

Sam's attempts to cheer up his depressed brother were really touching.

Favourite episodes so far "Lost and Found","Patience","The Big Empty","Advanced Thanatology" and "The Bad Place", though all the episodes had some great moments.

We are only up to episode 9 in the UK and I believe the rest of the season focusses on the hunt for Mary, which I doubt I'll enjoy as much as I prefer MOW episodes.

I like the new King of Hell better than Crowley. It bothered me that Sam and Dean were quite chummy with a demon.

I've watched SPN since the beginning but missed a few seasons when it was only on pay TV in the UK. I just love Sam and Dean and their brotherly bond. A friend in the USA suggested I watch as she said the brothers reminded her of Aragorn and Faramir in my stories. She no longer watches but I still enjoy the series.

I'm sorry there won't be a "Wayward Sisters" series as I like Jodie.

Dean has sailed rather close to the wind this season but I understand his feelings about his mother. It was scary to see him threaten the Dreamwalker though. I used to only be a Sam fan, but now realise they are both utterly essential to the series, the yin and yang and I like both.

My best friend and I decided on Thursday to take Filipos out for a short time. He decided to try and escape by climbing up one of the elder bushes. The bush now will have to be chopped down or at least the thicker branches. My friend managed to grab him before he reached the roof.

The next day, I foolishly shut him in the pantry while I opened the door to let the others out. I heard a loud crash and found several mugs on the floor and one smashed to smithereens. Luckily it wasn't a favourite one.

He and Thomas Leo have taken to curling up together to sleep with me. They are adorable. 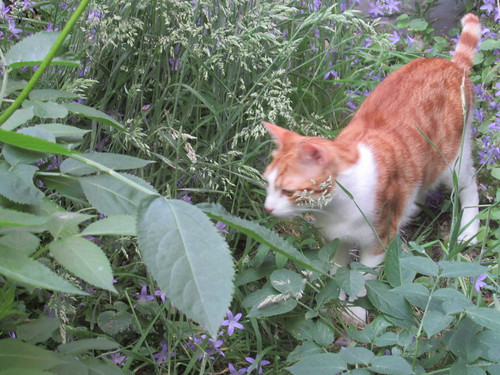 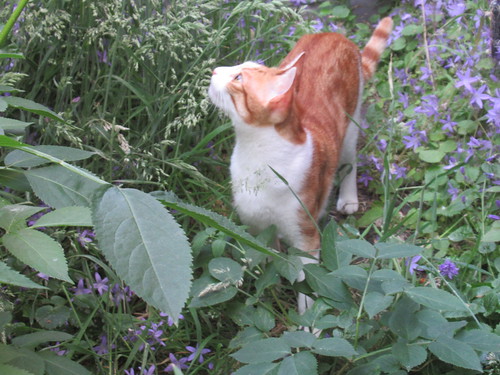 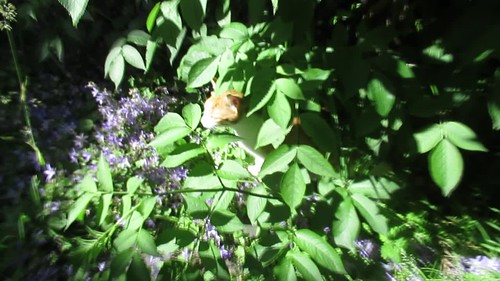