It took 10 minutes to catch Harry and my friend and I had to push Harry into the carrier between us. I grabbed him and she helped me get him in as he is so strong.

I was pleasantly surprised at the vet's to find they now have a proper cat waiting area and provide towels to cover the carriers. That calmed Harry down and he nuzzled my finger when I put it through the bars.

We had a long wait as vet Lorna had an emergency, my friend left me to run another errand. I watched when a man brought in a tiny little lost dog. It was chipped but the phone number was no longer in use, so they were trying sending an e mail. The little dog remained at the vets'.

I was then called and the vet carried Harry into her consulting room for me. She said he was in good health and had lost 4 grams instead of getting ever larger, so cutting back on dry food must be working. They still have as much wet food as they want. Harry had his vaccinations and a worming pill and was checked for fleas and found not to have any.

We were out of the house an hour and a half. I took the older ones out when we got home and to my relief, Harry was his usual loving self and not angry with me. Poor Filipos yowled at having to stay indoors. 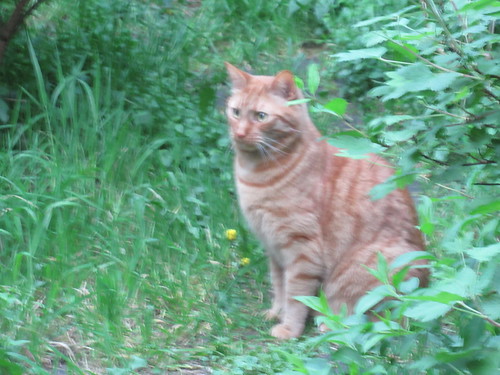 Harry after his appointment 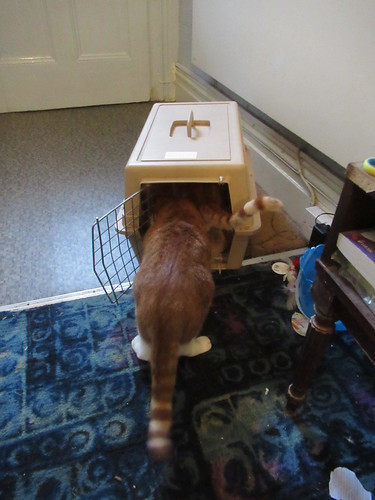 Not a very good photo, but it is rare they are all on the tree together.