I haven't been reading much recently. My ancient Kindle has been playing up so I got a new second-hand one which hopefully will keep the battery charge better.

I read a detective story called "Mersey Marriner" by Brian L Porter. It is free on amazon.

I've mixed feelings about it. The writing was rather repetitive with a lot of info dumping. Also unresolved plot details, such as the detective spent several chapters with health worries which were then never mentioned again. Then the doctor he visited did none of the recommended things!

The plot was gripping but convoluted and rather far-fetched.

I did like the characters though and loved the Mersey setting as I know the Liverpool waterfront quite well.

An entertaining freebie most recommended for folk who love the Mersey

He really comes alive to take photos of outside.

He is sitting on my lap as I type which is quite unusual for him. Last night he groomed Filipos. 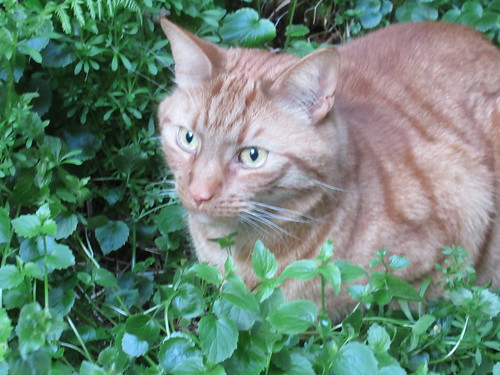