After yesterday, I just wanted a quiet day, but I did venture out to a nearby blackberry bush and gathered half a pound of berries. I checked out another nearby bush, only to find it had been cut down.

I wanted the cats to have some outdoor time as they zooming round the house, but a heavy shower quickly sent us back indoors. There was a beautiful double rainbow. Alas, the camera only captured part of it.

Thomas Leo isn't snuggling as much now he gets older, but that is usual. He is beside me now,though.
Click for cats, flowers and a rainbow 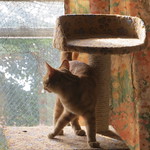 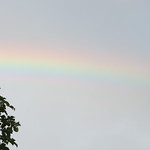 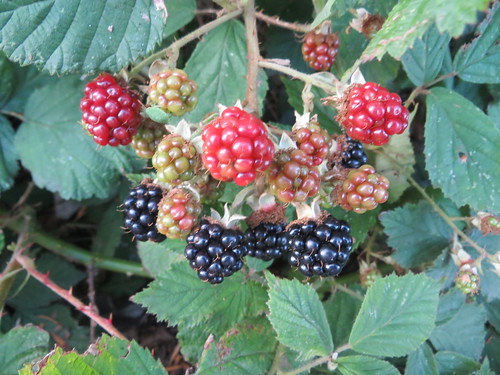 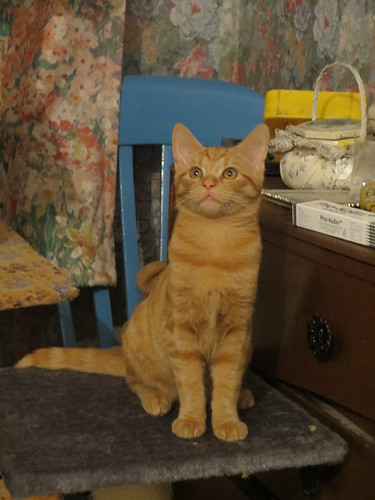 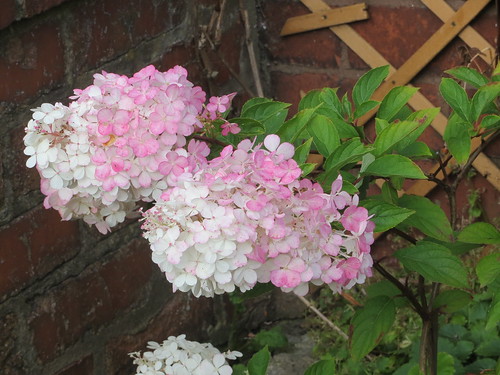