teitho: October challenge "Sky"
Sun Sep 25, 2016 10:31 am (PDT) . Posted by: mirach_ravaia
Autumn is here, the time of migratory birds, kites and changing weather. To see them, you have to look up, to the sky. For inspiration, the sky is the limit, and it's also our theme for October.

How would you describe the color of the sky? Is it blue like a clear summer day? Pink like dawn, violet like dusk? Is it the grey of storm clouds or the glimmer of starry night? The sky can have hundreds of faces, each of them different. And each of those faces gives a different mood and atmosphere to the events happening below. Even Sauron relied on that, when he covered the sky with the darkness of Mordor during the battle on Pelennor fields.

The sky of Middle-earth has a specific structure, described by Tolkien: Vista was the lowest layer of the atmosphere, filled with normal breathable air: above it was Ilmen, and above that Vaiya. Vista was divided into two parts: The upper part was Fanyamar, the home of clouds, and the lower part was Aiwenórë, the "land" of birds. Ilmen is the level of the Sun, the Moon and the Stars so it was also called Tinwe-malle (star-street) and Elenarda (Stellar Kingdom). Vaiya was the dark sea surrounding the world of Arda before the fall of Númenor, and after that, it became the upper atmosphere of the spherical world.

Sky is the domain of flying creatures, and to those earth-bound, it inspires dreams of flying. It is where the Eagles of Manwë fly, and where Eärendil sails. Not once did Tolkien's characters look up to the sky with hope, if not looking for the coming of eagles, then at least for a glimpse of light in the darkness: stars or sunrise. A skilled ranger can also look up to the sky for a hint about the coming weather, and plan his journeys accordingly. To a knowledgeable Elf, sky can even give some insight about the events going on far away: “A red sun rises, blood has been spilled this night.”

The deadline for this challenge is October 25th, but can be extended until the end of the month. If you need an extension to finish your story or picture, just write to the email below!


For artists: Submit your picture into the Teitho gallery folder of Arda-Inspired http://arda-inspired.deviantart.com/ at deviantArt. The picture should be new, drawn specifically for the challenge. State that you are submitting it to the contest in the artist's comments.

Mostly of the boys with a few flowers and clouds too.

Reuben and Harry had fun on the cat tree today.

Hope you are not bored with all these photos of my boys. 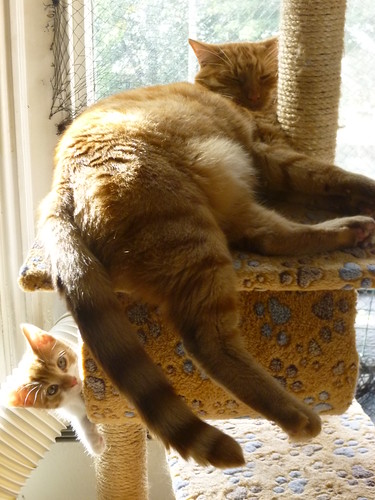 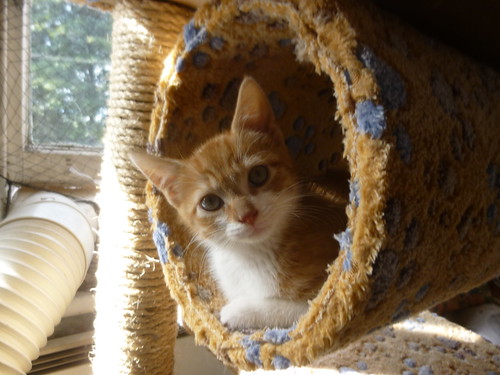 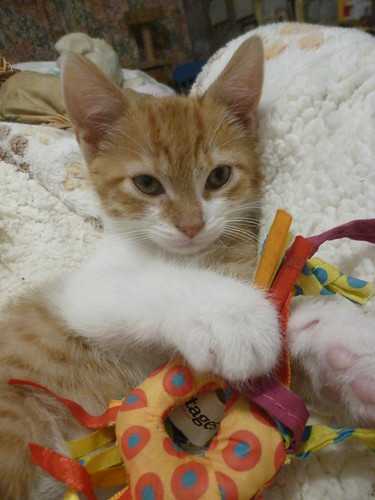 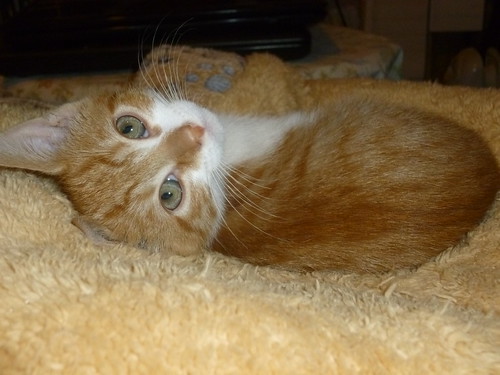