A few more photos, mostly of Harry's outings. It has been either too hot or too wet to look at neighbouring gardens.

Now when I pick up my camera, Harry expects an outing. He squeaks with excitement and keeps looking to see if I'm following. We have to rub hears on every chair he passes as he leaps on to furniture rather than walk pass it.

He now often goes back into the house before me, but Friday afternoon when my cleaning lady was here, he decided to sit in the yard instead. I went for da bird and he came in at once. Leo decided to go out and sit in the sun too. Earlier, he had knocked over his mug of water.

He won't cross the threshold when it rains, no doubt recalling when he was trapped outside in a storm.

At night, he likes me to uncover the cat flap so he can put out a paw or his head, but he doesn't try to go through it.

Today he was fascinated by a snail on the wall.

I usually sit on the seat in the yard and he keeps coming up to me as if to tell me something. 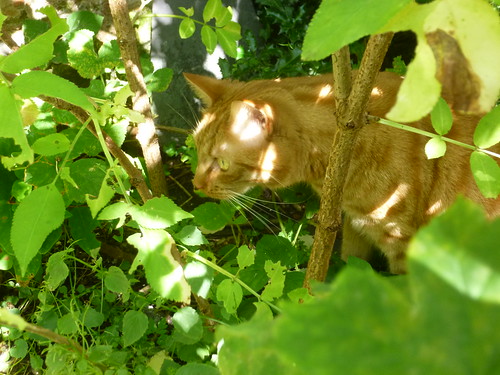 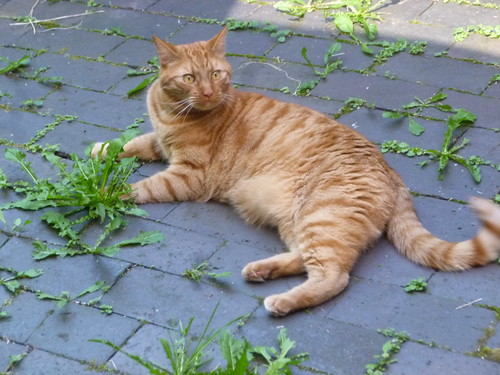 I've 5 Imzy invites if anyone wants one. Just PM me your e mail. It's a bit like LJ only all communities from what I can fathom so far. It seems quite a fun site for browsing and sharing.
Collapse