You have heard me say how much I like the Merrily Watkins books, I'm sure. They are a series of paranormal mysteries involving an Anglican vicar who is an exorcist. She is a very likeable character and the stories can be quite thought provoking.

The first book in the series is only 99P for Kindle on Amazon today.

Our theme for August is Oaths.
Even more serious than promises, oaths are something that can't be taken lightly. It was, after all, such an unbreakable oath that caused most of the grief in the Silmarillion.

Oaths bind not only individuals, but also whole nations. By an oath of fealthy to a ruler, one becomes a vassal with all duties, but also rights coming with the status, as Pippin found out with Denethor. An oath given by Cirion, the steward of Gondor and Eorl, the first king of Rohan, bound the two nations as allies that help each other in times of need, and it was this oath that brought Théoden an dhis army to the field of Pelennor. It is known that Aragorn and Éomer renewed this oath after the war.

Aragorn's words to Frodo: "if by life or death I can save you, I will," can be also considered an oath that he intended to keep, even though it brought him before the very gates of Mordor.

Elrond was fostered by Maglor, who was bound by the terrible oath of his father, and so he knew the grave weigth of such bonds, as we can see in his exchange with Gimli:
‘Faithless is he that says farewell when the road darkens,’ said Gimli.
‘Maybe,’ said Elrond, ‘but let him not vow to walk in the dark, who has not seen the nightfall.’
‘Yet sworn word may strengthen quaking heart,’ said Gimli.
‘Or break it,’ said Elrond.‘

In a world where oaths had such a weight, often greater than life of the one who swore them, it is a promising topic for many interesting stories or pictures.

The deadline for this challenge is August 25th, but can be extended until the end of the month. If you need an extension to finish your story or picture, just write to the email below!

For writers: send your stories to teitho.contest@gmail.com. The contest is anonymous and the story can't be posted publicaly until the results of the challenge are announced. Aragorn or Legolas don't have to be main characters, but at least one of them must be mentioned in the story.

For artists: Submit your picture into the Teitho gallery folder of Arda-Inspired at deviantArt. The picture should be new, drawn specifically for the challenge. State that you are submitting it to the contest in the artist's comments.
Happy writing and drawing!

A few photos from the last few days. flowers and lots of cats from the next street. Note how the lilies are minus their stamens as I'm friends with Nelly's people and told them about the dangers of lily pollen. As usual, I could not get Harry to come in. He wanted to sniff every blade of grass and taste it. 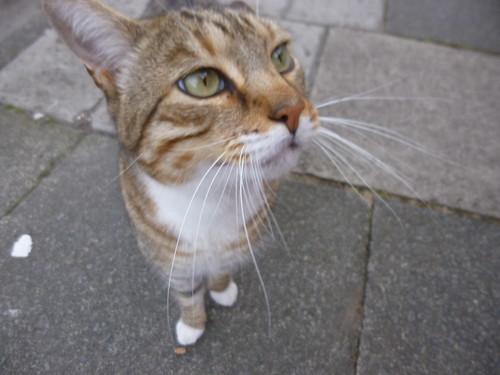 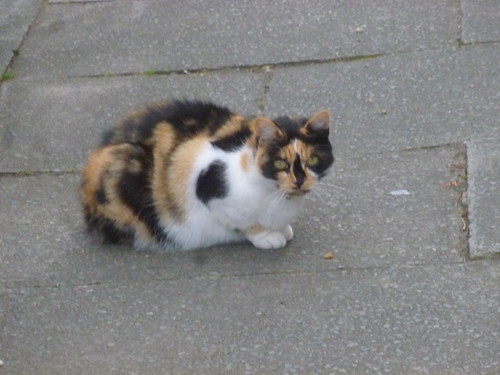