The boys and a few flowers.

My friend came and we took the boys out in the yard. My friend is still on about what her daughter says, this time that Harry never had a choice over the cat flap as I didn't push him through it. He has watched Leo and he waggles it with his paw when it's open. Today, he wanted to go out but quickly went back indoors. I'm so glad he is content indoors as 2 poor cats were poisoned the other side of town last week. Leo stayed out for a while in the yard.

Leo now has decided he wants to drink out of a cup!

The weather is nice today. Yesterday, I had an afternoon nap and was convinced I'd overslept as it was almost dark when I awoke. The clock said 5.15Pm and a few moments later there was a torrential downpour. 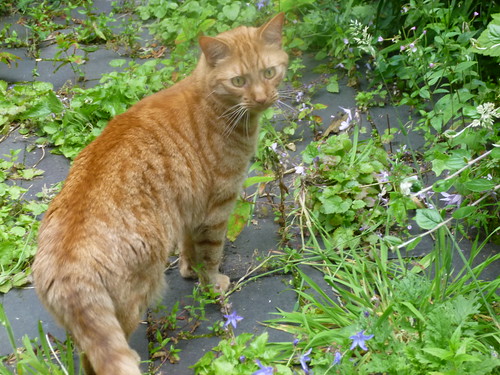 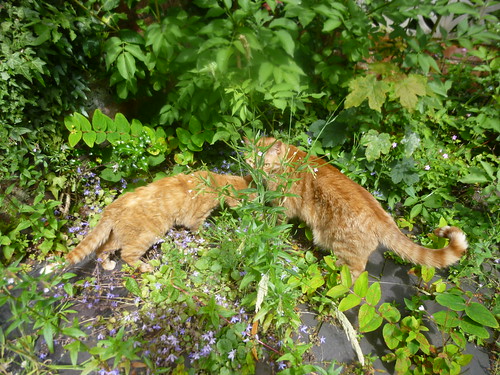 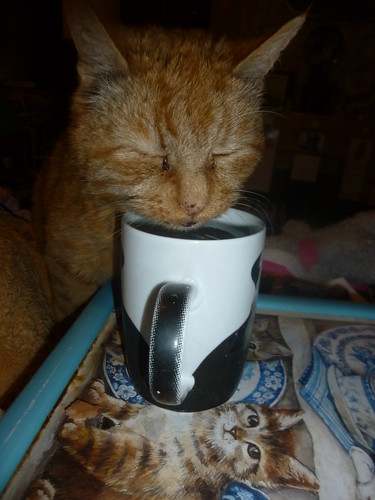