The Teitho theme for May is "Capture". With this theme, we celebrate the 100th
theme of Teitho, a fanfiction and later also fanart contest that, we hope,
captured the imagination of many writers and artists.

Do you want some tips what to write about? Think how many of The Fellowship
endured capture during the quest! Saurman detained Gandalf and "had a mind to
capture the Ring, for himself." The Uruk-hair took and held Merry and Pippin for
days despite Boromir's efforts to protect them. Faramir takes Sam and Frodo to
Henneth Annun. Later, the Orcs of Cirith Ungol captured Frodo, with 'help' from
Shelob and Gollum.

Those are all physical captures, but there are also emotional and mental
captures. Aragorn captured Arwen's heart to the point she sacrificed her
immortality. Sauron sought to capture minds through the Palantirs. The
sea-longing tugged at Legolas' heart, but was there someone that had a special
place in it earlier in his life? Did young Estel capture an animal as a pet?
What was Elrond's response?

If one of our heroes is the victim we want to see them escape or rescued. But
what if he is the capturer, like when Aragorn's hunt for Gollum was finally
successfull?

Let this theme capture your imagination. Will you rescue your captive, free
them, or will they sacrifice themselves for a greater good? We look forward to
reading your stories and seeing your artwork.
The deadline for this challenge is May 25th.

For writers: send your stories to <teitho.contest@...>. As usually, the
contest is anonymous and the story can't be posted publicaly until the results
of the challenge are announced. Aragorn or Legolas don't have to be main
characters, but they must be mentioned in the story.

For artists: Submit your picture into the Teitho gallery folder of Arda-Inspired
at deviantArt. The picture should be new, drawn specifically for the challenge.
State that you are submitting it to the contest in the artist's comments.

Happy writing and drawing!
Your Teitho-moderators,
nautika, StarLight, and Mirach

It is the 100th Teitho contest this month(see previous post). I was thinking it would be great if the contest got extra entries this month both from regular writers and some new ones too.

Teitho is great fun and very fair as no one knows who wrote what. Anything from drabbles to novels are welcome to take part.

I was sitting in my living room with a friend who came for supper and noticed it was a pretty sunset and went out with camera.

It wasn't quite as red as the photos, but still lovely. 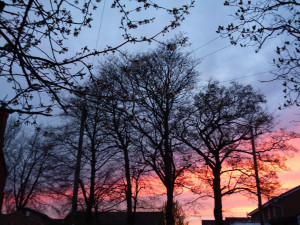 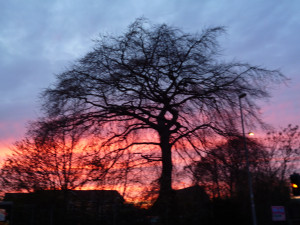 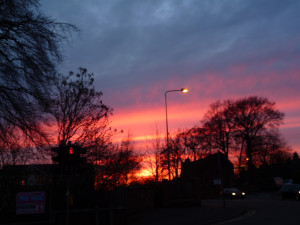 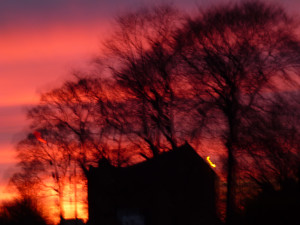 This one is not very good, but it is dramatic!
Collapse